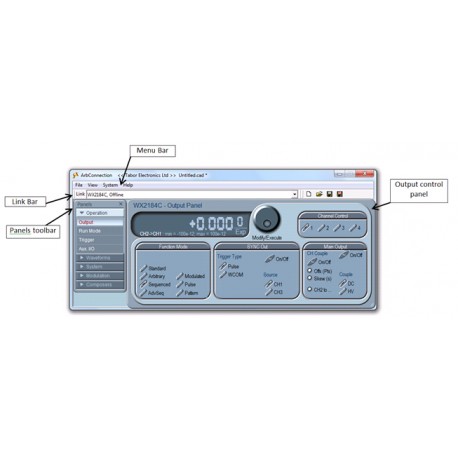 
Without an easy way to create arbitrary waveforms, an Arbitrary Waveform Generator is destined to remain idle or at the most, partially used as a function generator. An external software utility such as ArbConnection can unleash the unlimited capabilities and waveform generation built into the product. ArbConnection is a powerful Windows-based waveform generation software that not only allows on-screen creation and editing of waveforms but also provides the means to access all instrument functions and features and exploit the product’s full potential.